Learn about advances in science, medicine, and metaphysics to understand your body and consciousness

I’ve collected here some videos from several of my favorite teachers and researchers in the world of spirituality and metaphysics. 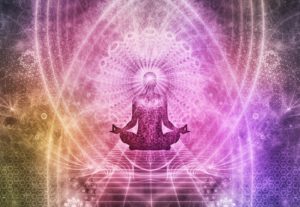 I LOVE where science meets Spirit, because, even though it may sound strange, science was honestly one of my least favorite subjects in school (math was the absolute least). So being able to see science applied outside the conventional realm has helped me relate to it more easily and gain a better understanding of its many components. In fact, what we refer to by the general term science is really just an approach to methodology for research that is used to prove theories that help guide our understanding of the world. As our perception of the world expands, so does our need for new understanding — and for new scientific exploration.

Enjoy these teachings from some of the most influential minds in the worlds of spiritually applied science and physics/metaphysics.

I’ve also included some information with each video, which comes from my own understanding and beliefs and is not to be taken as the intent of the videos, nor as replacement for any type of medical or psychological care.

In this interview, Gregg discusses three parts of our biology that are not yet widely known in the mainstream and have great potential for improving our human experience and consciousness.

More From This Speaker >

Tetragrammaton as a conceptual term for the Source energy of ancient technologies — Nassim Haramein: “Tetragrammaton – The Most Sacred Knowledge on Our Planet”

Tetragrammaton as a conceptual term referring to Source energy and four measurements/geometries. Geometric structures resonating space-time in very specific ways (and known to ancient civilizations). Relationships between geometric configurations and certain types of technology, including some referenced in scripture and ancient writings, such as…

More From This Speaker >

The Music of Life

"What makes us feel drawn to music is that our whoIe being is music; our mind and our body, the nature in which we live, the nature that has made us, all that is beneath and around us, it is all music. We are close to all this music, and live and move and have our being in music. The mystery of sound is mysticism; the harmony of life is religion. The knowledge of vibrations is metaphysics, the analysis of atoms is science, and their harmonious grouping is art. The rhythm of form is poetry, and the rhythm of sound is music. This shows that music is the art of arts and the science of all sciences; and it contains the fountain of all knowledge within itself."

— Inayat Khan, The Music of Life

By continuing to use the site, you agree to the use of cookies. more information